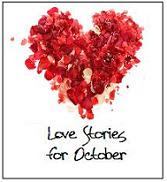 Part 1
Part 2
It was about July time, so middle of winter for us here in New Zealand, not that we actually get that cold, well it gets cold but no snow in the North Island.
Because Steve had talked his way into having dinner he told me he would give me a lift home, as he was of course going that way. He didn't however tell me until we got to the car that he needed to stop by the building site of his new house to check on things! So I ended up having to go look at this wooden framed house that was just a shell at that time.
Dinner was fine although when I think about it now he did sit rather close to me on the settee after dinner, so close actually that my flat mate commented after he left about 'exactly what was going on between us?'
Me, still in total oblivion, answered 'that we were just friends!'
Of course that made me realise that maybe things were going where I didn't want them to go.
I don't remember having anymore close encounters like that but I do remember TGIF's and the fact that Steve was always there and so was I, and we were inevitably sat next to each other.
In fact I remember one of the evenings when several of us had got there quite early and had already decided what we wanted for dinner and had started going to the bar to order.
Steve had gone up and whilst he was away someone else arrived and promptly sat in the chair he had been using, well I turned and in no uncertain terms told them that that chair was already taken!
Another time only 3 of us ended up having dinner at the bar we were at, when it was time to leave Steve agreed to take us home, as us 2 ladies lived close to each other.
On the way we went through a police drink driving check and yes Steve was registered as having alcohol on his breath, so he got asked to pull over to the side so they could do another test. Now I knwo he wasn't drunk, in fact I think he had had a grand total of 2 drinks with dinner.
Anyway the cop tested him and the 2nd test was fine but he adviced Steve to go and drink some coffee before continuing on his journey, so turns out my house was the stopping off place for an hour whilst he drank the coffee!
He always found a way to end up at my house?!
Written by boysmum2 around 8:00 AM