End of Year for School

This year has been a fabulous one for my 2 boys at school.
Even though they are both just 6 & 8 yrs old, they have worked hard and made us very proud.
Not sure if this is a good thing to be happening so early because then it leaves a lasting impression of what they need to continue to achieve in the following years to come!! 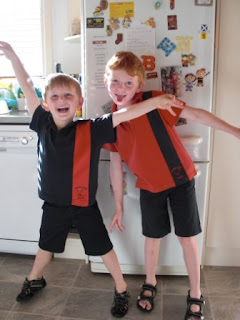 However we are very proud and have had an awesome year at school with them.
In the week before the end of term Alex had a Grandparent's Day and Flower Show. So mum kindly came over for lunch at the school with Alex and to view all the pretty flower displays they had been working hard on for the day or so before the presentation.
We also got treated to a lovely little singing show as well.
So here are some pictures of the wonderful displays that Alex created this year. 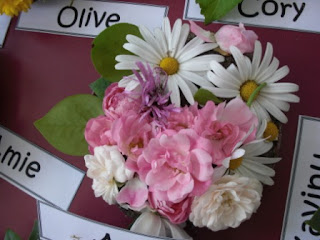 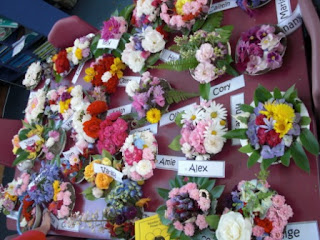 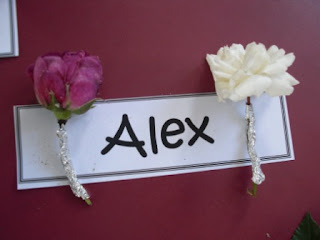 Ben this year has had a young male teacher (22 yrs old) and he has been fabulous. He has created a wonderful class of children who have all been very eager to learn and participate.
This has shown in all the testing the children were put through throughout the year and the wonderful results everyone got.
So sadly we had to say goodbye this term as Ben is moving to another class. The teacher is still going to remain at the school but end of year so next year new grade, class and teacher.
The kids wanted to do something for their teacher to say "Thank you for an awesome year" so a few of the mothers came into the class one day when the teacher was away and asked the children what made him such a great teacher?
Then all their answers were put together on a poster and this was given to him at a class morning tea in the last week of term. 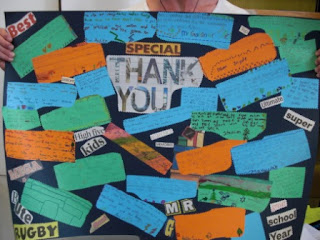 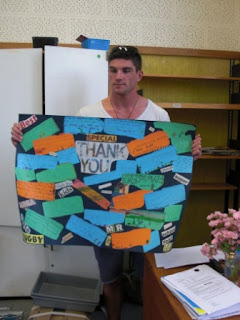 Well, how to make a young male teacher cry, thank him for being awesome and tell him the kids will miss him.
He was so overcome, you could see his heart growing with care and proudness.
He has been an amazing teacher and it has been a privilege to have him as our son's teacher this last year.

The mother's were so impressed with his teaching style and wanted to encourage him to stay with it, that they nominated him for the "New Zealand Impressive Teacher's Award". There was 1 overall winner and 29 others recognised. He was awarded one of the 29 recognised.
I was there in assembly when it got announced and to say he was shell shocked was an understatement. He was speechless, gobsmacked and generally unable to comprehend or understand exactly what he had just been nominated for?
He, as most people do, couldn't understand what he had done so differently from anyone else to deserve being awarded something like this?
But let me tell you, he got quiet ones to come out of their shell, he got noisy ones to calm and listen, he got inactive ones to have a go and he got ones with wariness to believe in themselves and realise they can conquer the world if their hearts desire it. 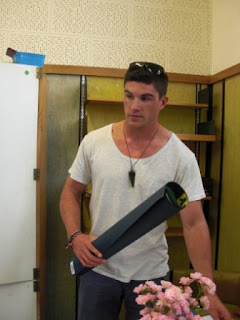 He shall be missed as our class teacher this next year, but here's hoping he is still around when Alex gets to that school grade.
Written by boysmum2 around 9:05 AM